The Necessary (Symbolic) Death of Trump 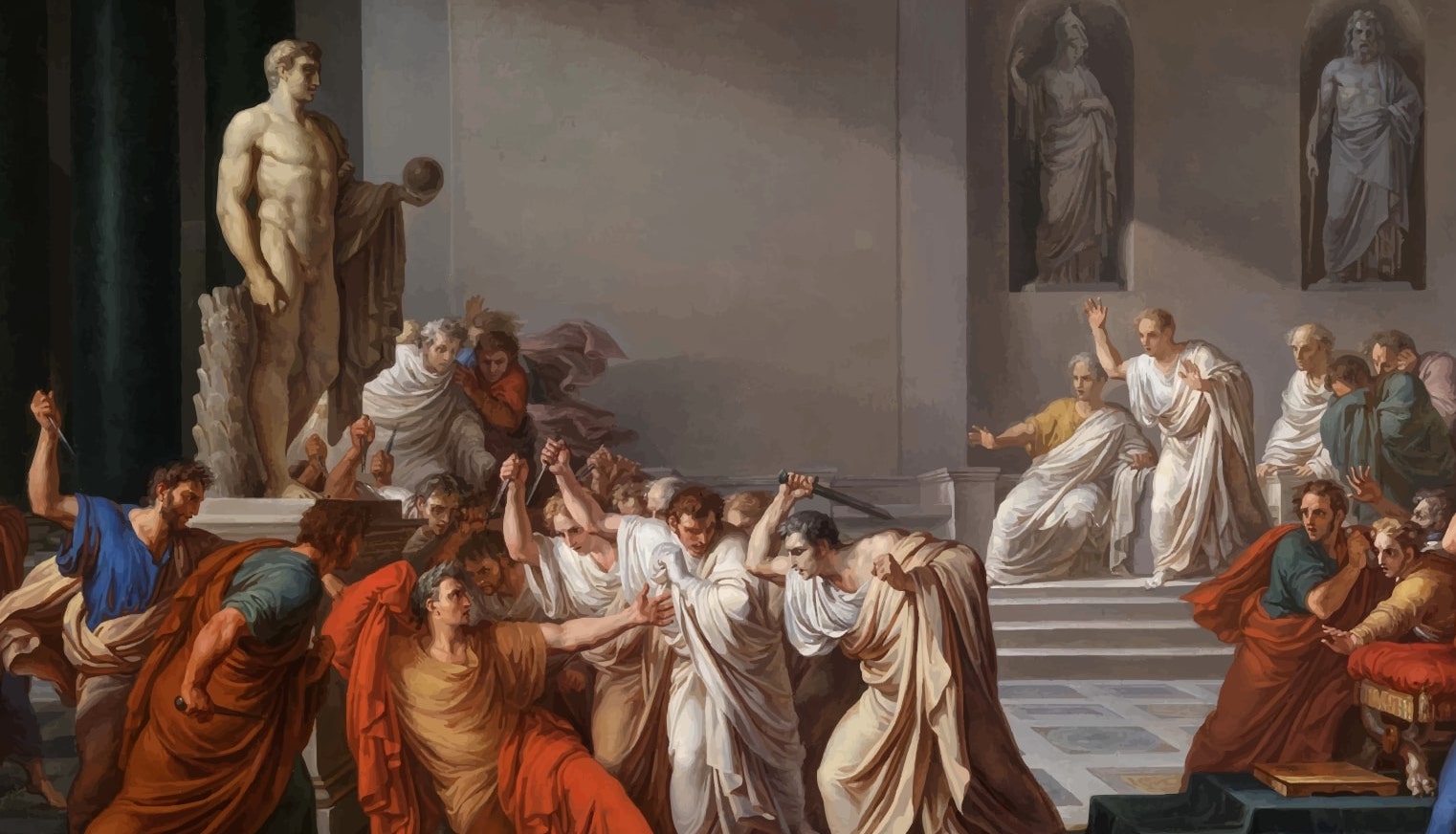 Trump had to die. Not the 6 foot 3 inch tall, golden Adonis and physical embodiment of sex appeal that is Donald Trump, but what he represents: revival of the middle class, rejection of intersectional progressive ideology, post modernism, and neo-Marxism, and the regeneration of economic and trade policies that benefit the lower and middle classes of United States. Without the symbolic death of Trumpism via a stolen election and usurpation of the “spirit” of the People, it will never be repeated, and thus die a symbolic death in public opinion as the historical necessity is not realized by the public without being forged by this traumatic symbolic death. Central to this is idea is Hegel’s theory of the role of repetition in history: “a political revolution is generally sanctioned by the opinion of the people only when it is renewed” meaning that a successful revolution must be subsequent to, and a repetition of, a failed first attempt. Hegel used Julius Caesar’s assassination and the political ramifications that followed as basis for this theory: Caesar, acting with historical truth and necessity, consolidated power in a way that was at odds with the political and governing structures of Republican Rome. In such a timeless way, political intrigue and competition of the Aristocracy was slowly choking Republican Rome, at the expense of the middle and lower classes. Republican Rome was at grave risk of being eaten from the inside out by the excess of the elite, and from the outside in by invading powers that sensed the weakness that the decadence of Rome had brought about in the population. Caesar contended that the only way the Roman state could survive was through the iron will of one individual: Monarchy. In The Sublime Object of Ideology, Žižek writes: “To the opinion which still believed in the Republic, Caesar’s amassing of personal power- which was, of course, contrary to the spirit of the Republic- appeared an arbitrary act, an expression of contingent individual self-will: the conclusion was that if this individual (Caesar) were to be removed, the Republic would regain its full splendor”. Žižek contends that the opinion of the people of Rome were not able to fully comprehend Caesar’s actions as necessary and instead viewed them as an abnormal occurrence of an individual’s selfish desires, and the easiest way to restore the Republic was to rid Rome of Caesar. Much akin to Caesar, Trump’s actions were portrayed to the public as a narcissistic billionaire seizing the most powerful position in the world for the benefit of him, his family, and his bank account, while in actuality, his actions were necessary to stop the complete decimation of American society.

The most essential parallel between Donald Trump and Julius Caesar is both were direct threats to the ruling class. The moment Trump descended the escalator at Trump Tower and declared his candidacy for President of the United States, he had crossed his own Rubicon. He became the supreme threat to the establishment and oligarchy that was doing its victory lap celebrating a successful 8-year intentional attack on all things America that was the Obama Presidency and readying itself for the climax of degeneracy that was to be Hillary Clinton’s administration. Trump’s candidacy commenced an all-out attack by the ruling elite at the aims of figuratively (and most probably literally) assassinating Trump in every and any way possible by using the Media, Hollywood, politicians, Wall Street, Big tech, governmental agencies, education system and all other means at their disposal in a ham-fisted attempt to not only destroy Trump, but the idea that the lower and middle classes have any input on the governing and social structures of society. It is their inability to see through the façade of their own ideological world views and realize that by destroying him, they would be cementing their worst fear: Continuation of Trumpism. A common theme arises between the reactions of the establishment and ruling class regarding Trump and Caesar: the ruling class catastrophically insisted they know what is best for all persons in their societies and acted in violent and aggressive ways to end the perceived threat because it was a necessary action to save the status quo and return to the state of society that maximized their own personal power and interests. Žižek summarizes Hegel’s theory by writing “But it was precisely the conspirators against Caesar (Brutus, Cassius, and the others) who- following the ‘cunning of reason’- attested the Truth (that, is historical necessity) of Caesar: the final result, the outcome of Caesar’s murder, was the reign of Augustus, the first Caesar. The Truth thus arose from failure itself: in failing, in missing its express goal, the murder of Caesar fulfilled the task which was, in a Machiavellian way, assigned to it by history: to exhibit the historical necessity by denounce its own non-truth- its own arbitrary, contingent character.” In an attempt to end Julius Caesar’s influence and reign of power, the assassinators achieved the exact opposite, the creation of an absolute monarchy whose emperor was symbolically named Caesar, a profound example of Hegel’s theory.

Žižek insists that objective historical necessity does not exist independent and separate from consciousness and opinion of the people. It is not the simple act of repetition that eventually asserts itself into being. Rather, it is the latent guilt manifesting itself in the people, caused by the trauma of the first event and misrecognition of the true character that is the actual precipice of a change that emphasizes and makes real the historical necessity in the symbolic order. “It is not only that in it’s first form of appearance, the event (for example, Caesar’s amassing of individual power) was too traumatic for the people to grasp its real signification-the misrecognition of its first advent is immediately “internal” to its symbolic necessity, it is an immediate constituent of its final recognition. The first murder (parricide of Caesar) opened up the guilt, and it was this guilt, this debt, which was the real driving force of the repetition. The event did not repeat itself because of some objective necessity, independent of our subjective inclination and thus irresistible, but because its repetition was a repayment of our symbolic debt.” The misrecognition of Trump’s intentions and the failure to see his historic necessity could only be realized by the people after the traumatic event of a symbolic assassination of Trump’s influence and power through a stolen election in the 2020 Presidential race. This unilateral usurpation of power by the ruling elite and “Deep State” was a surreal trauma and proof of a conspiracy, a conspiracy that was repeatedly echoed by Trump, but not taken seriously in the opinion of a large majority of people. The people need to experience real trauma by this intangible specter to understand the threat it poses, but there is an additional element that cannot be overlooked. In the case of Trump, the trauma is not realized by the people until they can experience it dialectically in a Hegelian way. That is, the historical necessity of Trumpism could only be understood after he is deposed, and the people experience an illegitimate administration puppeted by the ruling elite. It shows the people in stark contrast the two competing factions. Only then are they able to realize the gravity of their misrecognition of Trump and his intentions and start to manifest and experience the guilt of the miscue. That guilt will be the catalyst of actual change in the opinion of the people and the continuation of Trump’s agenda, as well as increase the people’s “consciousness of freedom” after they are able to fully reckon the historical necessity of Trump and repay the symbolic debt.

We post short-form content on the Ascetus channel. If you have questions or comments, send us a message and we'll try to get back to you.